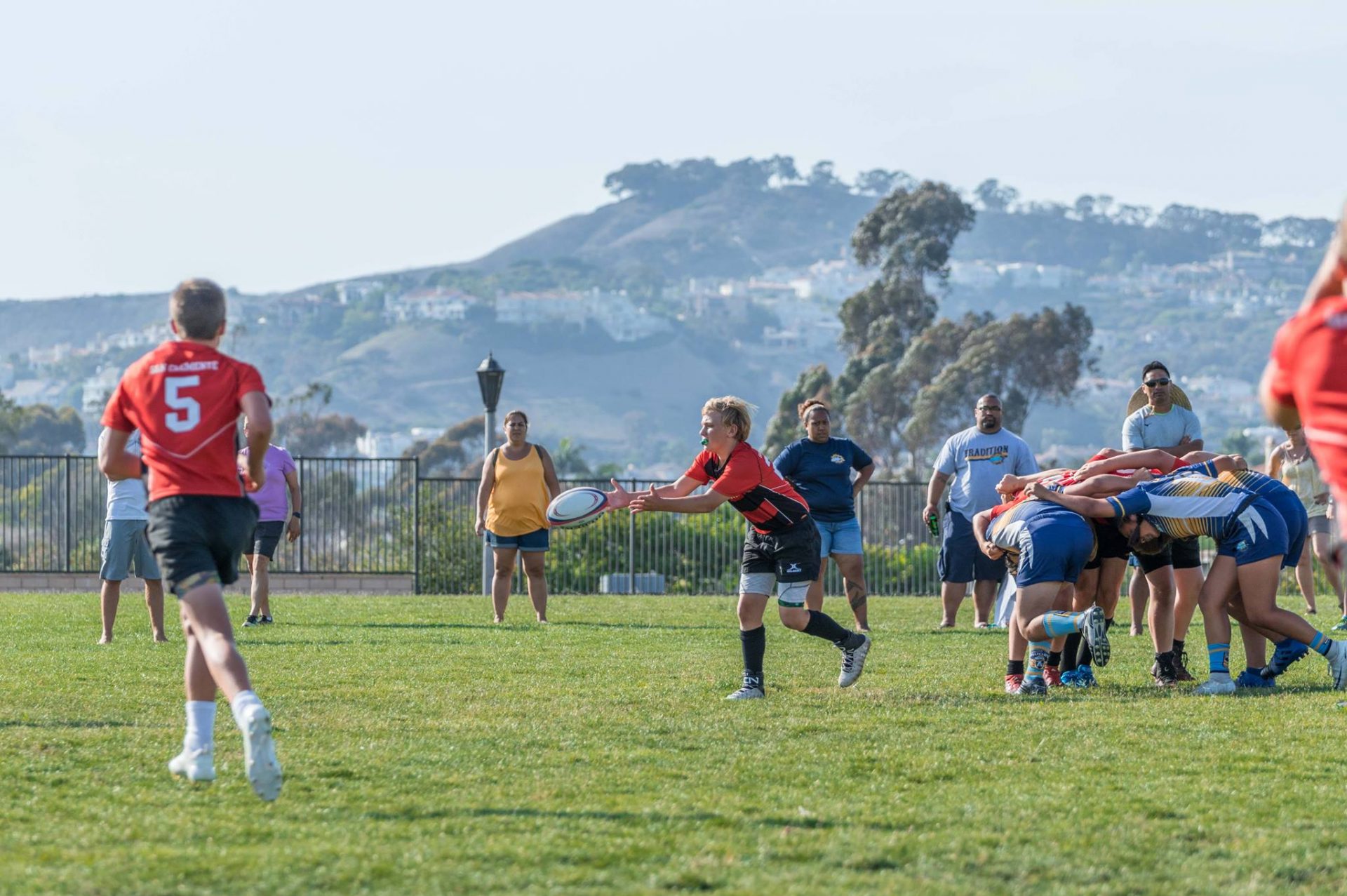 Rugby 101 – How The Sport Works
Laws of the Game

The traditional format of the game is played by two teams of fifteen players with eight forwards and seven backs taking the field at any one time. The game is suited to players of varying shapes and sizes with specialist positions suiting players of a specific athletic profile.

Rugby 7s is played increasingly at the grass roots level and has seen great growth in the SCYR High School Gold Division. Rugby 7s debuted as an Olympic Games sport in 2016.

Because 7s is played on a full-sized rugby pitch, but with only seven players on each side, there is extra space to run which suits a different type of athlete. It is a fast and exciting variation of the game demanding huge levels of fitness.

Rugby is a community of athletes, parents, families, siblings, and larger community which touches so many beyond the time on the pitch. You can get involved in many facets of the game with your area club or high school.

Kids love to see everyone pitching in and supporting their love of rugby!